It’s back! And wasn’t that fantastic? 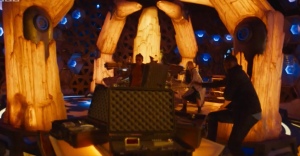 We had intrigue and adventure and car chases and silly jokes and fabulous clothes…. and it wasn’t even a John Pertwee story!

Now, one of the horribly tedious statements so many of the people who don’t like this new incarnation is that the writing has been bad and the character’s badly drawn. I don’t really buy that: as far as I can see, the writing has been slick, stories very well plotted and the characterisation carefully realised. Sometimes the pace has been a little on the slow side, as the the direction has perhaps been too keen to dwell on those character moments or some of those quite frankly gorgeous bits of cinematography, and the pitch for the last season was quite clearly a “less is more”, with often seemingly lower stakes and more personal journeys to mark a contrast 13 years of increasingly bigger stakes, but which could arguably have left the stories feeling a little less “exciting”. But the writing was good, for all it wasn’t aimed at pandering to us fans with old villains or quick easy wins.

So, enter 2020, and suddenly we get exactly that. It’s big and fast paced and very much goes for the big win. Because, come on, the Master is the big one. Everyone’s heard of the Daleks, but no one is going to run around giddy with excitement at the prospect of the Daleks returning – they’re just par for the course. The Master is where it’s at, and Sachs Dhawan treats us to a beautifully insane incarnation after that reveal. It’s going to be difficult to top Michelle Gomez, (but then, no one can top Michelle Gomez, not even Satan) but I’m very much looking forward to seeing him in full swing.

It seems to me to be that this story all about misdirection and intrigue, fittingly enough. We get killer satnavs and are given a moment to consider whether it could it be the Sontarans. But then the mysterious aliens, who we are still no closer to knowing anything about, do seem awfully like Cybermen. Especially if you consider how similar their visuals are to their surprise appearance in Doomsday. Throughout the story, everything seems to be leading you towards the conclusion that Daniel Barton was the key villain (the humans agent, presumably, for the aliens who we suspected could well be Cybermen). But no. It was expertly done and playing on a fan love of trying to spot the reveal.

But then, the truth, the identity of the true villain was littered throughout the episode in an outrageously ostentatious  style. Stephen Fry’s last utterance as C, when asked who Barton might have been working for, was a gasped “O” . It’s ludicrous and I love it!

Something else that this story addressed was Yaz and the lack of screen time she was granted last season. Yaz had some great moments in this episode, and that look she gave when Ryan at his ultimately empty promise to not let anything happen to her was heartbreaking. I hoped for a Yaz arc this season and we may be getting it.

Although, hoping it’s not just a “it’s stopped being fun”, because one thing that this story seems to be doing really well is balancing the ridiculous silliness of it (as a child, rewatching all the classic series, I actually thought of Doctor Who as a primarily comic series), with some actual threat and danger to our heroes. So, yes, let’s have our heroes taken through the wringer, but give them time to play snap in a casino along the way. The Master wasn’t in himself scary, but when has the Master ever been scary? He is dangerous because he always bites off more of the scenery than he can possibly chew and then can barely get out of it alive when whatever he has done blows up in his face. 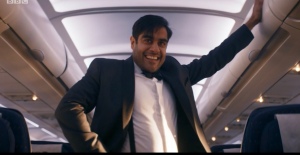 The true threat of the story remains the mysterious and horribly powerful “aliens”. What exactly are they? I’m leaning to the conclusion that they are not a returning villain. I’m wondering if they’re something Gallifreyian in origin (they look a bit like regeneration energy, then remind me a little of the “Never people” from Big Finish’s Neverland – the people the Time Lords has erased from reality). And that place they’re sent – that place with all the synapse-light things. Is it a brain? The WWW? The Matrix even? And, am I wrong in thinking that we noticed them betraying the Master right at the end of that episode? He wanted the Doctor dead. And didn’t they just save her from the plane?

It’s all very very exciting and I can’t wait for Sunday! 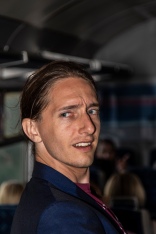 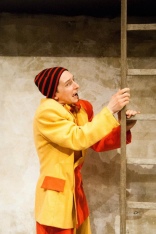 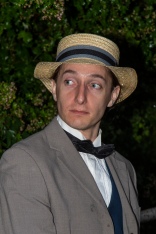 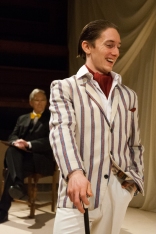 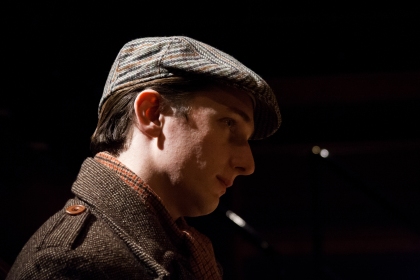 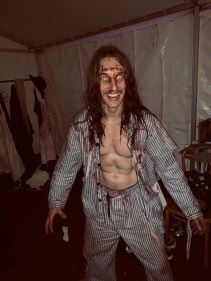